Our trip to England.

This trip has been a very good experience, considering that we have been speaking English all the time with English people.In the mornings, we learnt English in a language school, Language UK, which is in Broadstairs, the town where we stayed in host families.
The most amazing moment was when we visited London, because it is a city that I have always wanted to visit and it was fantastic. One of the best moment was when we visited the Chatham House Pupils, because we could meet new English students of our age. They were vey friendly. We also played games there with the students and we went with them to the Street Dance workshop. We visited Canterbury, a city in the southeast of England. We visited the Cathedral, and we did also some shopping.We went to Ramsgate, a town famous for his tunnels. 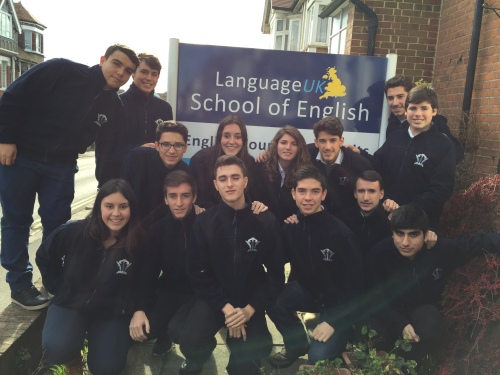 This trip has been the best one because we have travelled abroad, and we have been able to improve the language. Also, I have had the opportunity to meet my school friends better.
María Belenger González-4ºESO 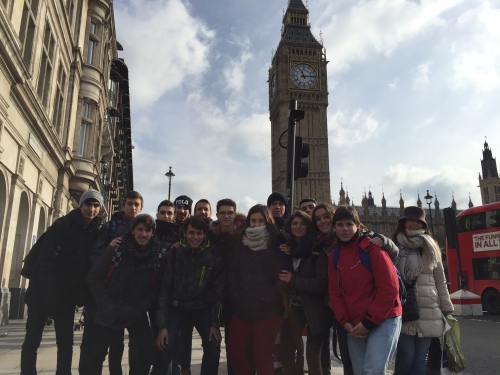 I recomend everyone to do this trip because you will enjoy a lot. Sergio Prieto-1º Bach

Mobility to Stuttgart with the Project Erasmus + SYEL

Four European countries  will participate in this project for two years: Spain ( the coordinator),Germany, Austria and Poland. Most of the work will be done at school using the etwinning, which is a free online community for schools in Europe which allows you  collaborate on projects withing a secure network and platform.

Europe Day celebrates the EU’s achievements. It is also a chance to find out more about the EU, with events and activities for all ages.

On 9 May 1950, Robert Schuman, France’s foreign minister, called on France, Germany and other European countries to pool their production of coal and steel.

This was the first move towards the creation of what is now known as the European Union – 27 countries united in their respect for freedom and the rule of law while recognising and valuing the diversity of EU citizens. The anniversary of Schuman’s declaration is celebrated as Europe Day.

The student’s from IES Hermanos Machado joined to the celebration with the performance of the European Hymn, a poster Exhibition about European Countries and a Ghymkana